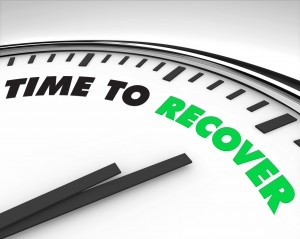 Today’s Labor Department Jobs Report showed that the unemployment rate in February remained constant at 8.3%. This should not be a reason for skepticism about the strength of the recovery because the labor force increased by almost 1/2 million persons. More people were searching for jobs and as they searched, they were classified as unemployed. However, it is a good sign– it means people are optimistic about finding work. All other figures indicate that we have crossed the threshold into a normal economic recovery.

The new employment data shows that the recovery is on solid ground and but for the half-million persons who reentered the labor market, the unemployment rate would have decreased.

Here are the significant points:

The unemployment rate remained the same at 8.3%.

The unemployment rate did not go down because the size of the civilian labor force increased by 476,000 persons. As more people reentered the labor market, they were classified as unemployed while they searched for jobs. But this means that people are optimistic about finding work. It is typical during a normal recovery that this will happen.

There were 227,000 private sector jobs created, which exceeded analysts’ predictions. Also, a correction was made to the number of jobs created last month. It was increased from 243,000 to 284,000. The number of jobs currently being created i suggests that we are experiencing a normal economic recovery.

The job change in construction was negative (-13,000), which probably reflects the effects of the bad weather during the winter months.

Unemployment among whites decreased insignificantly; from 7.4% to 7.3%

Unemployment among blacks increased from 13.6% to 14.1%. This probably reflects the fact that there was a significant slowdown in job creation in transportation and warehousing industries (e.g. blacks comprise 16.3% of workers in transportation-related occupations)

Unemployment among Latinos increased insignificantly from 10.5% to 10.7% (probably reflecting the slowdown in construction jobs).

All in all, this is good news for President Obama who stands for reelection in November. However, the news poses a huge challenge for GOP contenders who still plan to use the economy as their primary battleground. It is true that the fallout from the economic catastrophe of the last recession will not have settled by November. Furthermore, one can expect the unemployment rate to range somewhere in the mid-seven percentage points by election time (which would be high in comparison to historical standards). Nevertheless, by November the economic recovery will have traveled even further in the right direction. Therefore, the President will be able to take credit for having restored millions of jobs and breathed new life into an economy that was dead in the water when he took office.