The Dragon vs. the Eagle, and Future of US World Economic Leadership 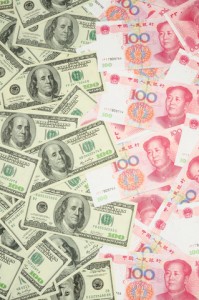 The two obvious signs are as follows. First, sometime within the next three years China’s share of global output will eclipse that of the United States. It will then be recognized without question as the world’s largest economy. Of course, there will be those who will argue that economic output should be measured on a per person basis, which puts China far behind the US.

Measuring output on a per capita basis has merit and would make Americans feel better, but it is a slippery slope. This is because America’s per capita income of $48,148 is 5.7 times that of China’s ($8,394), but Qatar’s per capita income (at $102, 891) is 2.1 times the size of US income. So playing the per capita income card puts the US in front of China, but behind six other countries, including Hong Kong, Norway, Singapore and Luxembourg.

The rhetoric of the Presidential campaign is the second obvious sign US world economic leadership is slipping. Each candidate is seeking to gain an advantage by asserting he alone is capable of instituting policies to restore America’s leadership over China. In the political sphere, a politician never references a rival that is a distant runner-up.

How the Dragon Is Getting Wise to the Eagle

One of the lead stories on Friday, March 2, 2012, Wall Street Journal was entitled “Beijing diversifies away from US dollar.” The article, written by Tom Orlick and Bob Davis, stated that China held $1.73 trillion of US securities. While this is an astounding figure, more interesting is the fact that US securities now represent only 54% of China’s foreign reserves holdings, where in 2006 they represented 74% of all China’s foreign reserves. This means that the Dragon is getting wiser and has decided to break its sole dependence on the Eagle. China is continuing to increase its holdings of US securities, but it is doing so at a rate that is much slower than the increase in its holdings of the securities of other countries.

The Lessons of History

In 1945 and in 1946, the United States, Britain and leading economic powers came together to establish the World Bank and the International Monetary Fund. The purpose was to provide more order in international financial transactions and create a fund for economic development and reconstruction.

John Maynard Keynes was the leader of this international financial movement. Keynes is widely acknowledged as the second most influential economist after Adam Smith, and his name has been popularized recently during debates about the need for fiscal stimulus. Keynes’s Great Depression era theories provided the foundation for deficit spending as a way of stimulating an economy out of a deep recession.

Establishing the World Bank, International Monetary Fund and securing for Britain a huge loan from the US was a few of his major political accomplishments. What he did not anticipate was that Britain’s indebtedness to the US would be the undoing of its world financial leadership. The Bretton Woods Agreement, which established the two institutions, also obligated each country to adopt a monetary policy that tied their exchange rates to the US dollar, and it gave the US a dominant position in the control of the financial institutions. As a result, Wall Street replaced London as a center of world finance.

Sensing what was happening, in February of 1946, Keynes traveled to a world conference in Savannah to present his views for why the world financial leadership should continue to be exercised by Britain. By all accounts, his presentation was the greatest speech he ever gave. Despite the power and persuasiveness of his speech, the outcome was described this way, “the meeting proved to be difficult and ill-tempered. In Keynes’s view, the Americans are taking advantage of their strong economic position to force ill-conceived decisions on the IMF and Bank. Nations in debt to the Americans are voting with America, not because they want to but because, as a result of their dependence on American aid, they feel they have no other option.”

Keynes departed from the conference so distressed and distraught that he suffered a heart attack on the return train to Washington. Several weeks later he died. For the US economic future, there is a profound historical lesson in this event. The entity that holds the debt may ultimately dictate the terms.

Like
Previous Story:
Greece’s Debt Agreement: The Stakes for the US Economy
Next Story:
India takes Steps toward Gender Equity