Small Business Hiring: Hard Hit by Recession, they See Light at the End of the Tunnel 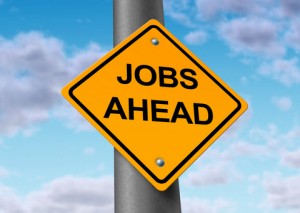 Small businesses were hit very hard by the recession. As consumers faced unemployment, they stop spending. Also, corporations became so uncertain about the future that they hoarded cash rather than invest it. Finally, state, local and federal government agencies faced enormous deficits and cut back on their procurement activities as a result. These three things taken together meant that the demand for small business products and services declined drastically.

However, the recent Labor Department’s January 2012 jobs report indicates that things may be finally turning around. The report showed that the unemployment rate went down from 8.7% to 8.5% and more importantly, the economy created 200,000 new jobs. The most important thing to notice is where the jobs were added during December.  The largest numbers of new jobs were added in transportation and warehousing (50,200), health and educational services (28,700), retail trades (27,900), manufacturing (23,000), and construction (17,000).  These are some of the industries that sustained the largest cuts in employment, particularly among small businesses

It may surprise you to learn that 75% of the 6.5 million jobs which have not been regained since the recession are in just three industries: Manufacturing (30%), Construction (30%), and Retail trade (14%). This means that if the economy grows in those industries, the employment picture should improve significantly. Believe it or not, that is precisely what is happening according to the latest Labor Department employment report. Therefore, things are indeed looking up.

Large corporations increase their fixed investment by 15.7% during the last quarter, and consumers are spending more of their disposable income. This means that the products and services of small businesses will be in greater demand, and as a result small business hiring will increase. So, while things are far from normal, small business outlook and the employment beginning to turn around.

PERCENT OF SMALL BUSINESSES THAT CUT JOBS SINCE THE RECESSION

Like
Previous Story:
Presidential Candidates should listen to what Small Business Owners...
Next Story:
Small Business Administration in President’s Cabinet