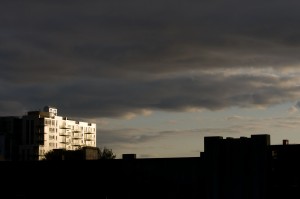 In anticipation of the Labor Department’s January 2012 Jobs Report, the Gazelle Index staff wants to outline where we feel the unemployment rate will be by the end of 2012. The political pundits can debate whether or not an unemployment rate of 7.8% will re-elect President Obama. However, our prediction is that unemployment will be at that level or lower by election time, which is November, 2012.

This is a bold prediction since most economists are much more pessimistic. They argue that jobs have been eliminated permanently, and workers will have to be retrained with new skills before unemployment can be reduced significantly. However, a close inspection of the labor market indicates that 75% of the 6.5 million jobs which have not been recovered since the recession is in just three industries: Construction (30%), Retail trade (14%) and Manufacturing (30%). The implication is that workers do not have to be retrained for jobs in construction and retail, and the manufacturing sector is beginning to show signs of recovery.  Jobs can be recovered quickly if the economy grows reasonably fast. Our prediction is that GDP will grow at 3% or above in 2012 for the following reasons:

Corporate investment will increase: For years corporations have been hoarding cash rather than investing because they were uncertain about the future. Recently, they have accelerated their fixed investment, which reached 15.7% in Q3 2011.  As corporate confidence increases this investment will increase even more, which will create jobs for the unemployed and a greater demand for small business products and services.

Manufacturing and new home construction is increasing:  The index of manufacturing employment has increased notably and so have housing starts and new home sales. Because
60% of the jobs that have not been recovered since the recession are in those industries, their recovery will reduce unemployment significantly.

Consumers are spending more: Lately, consumer optimism has increased significantly, and they are starting to spend and save less.