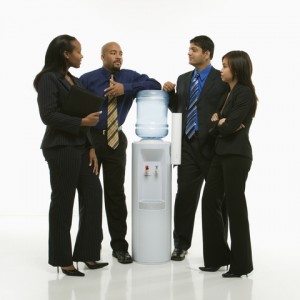 This is part two of a two-part article. Part one is entitled, “To Solve Unemployment, we need more Jobs, not more Skills.”  There I noted that the country currently has 13.3 million people unemployed, 1 million discouraged workers who have dropped out of the labor market and 8.5 million people who work part-time because they cannot find full-time work.  The Congressional Budget Office (CBO) indicated that solving this problem will take four more years, i.e. until the end of 2015. The part one article explained why the situation is so bad, and it also suggested why the employment picture may improve sooner than anticipated. This article focuses on what can be done to correct this problem much sooner than is estimated by the CBO.

To reiterate, the labor market is in a funk for the following reasons:

1. Global competition– US corporations have downsized in order to become more competitive globally.

2. US corporate leaders have been sleeping while global competitors were innovating and chipping away at our economic   dominance. The US currently accounts for 19% of world GDP, but by 2015, it will be surpassed by China. Today China, India, and Russia produce 26% of global output and are growing many times faster than is the US.

3. The problem that is cited most often is this; large numbers of the individuals do not have the skills that are demanded by the new economy. While this is indeed a problem, more fundamental is the fact that we are just not creating enough jobs.  Specifically, 2.9 million, or 44% of the people who are still out of work are in construction and retail industries. Those are not industries where a skills mismatch exists, nor or they industries that are about to disappear. They are industries where there are simply not enough jobs.

So What Steps can the country take to reduce high unemployment more quickly?

Let me start by noting that much of the solution does not require rocket science. Instead, it requires simple common sense – the kind that our parents used to tell us that the world did not have enough of. I am an economist. Because of that I know that too often we try  to fit everything neatly into an equation. And so, economists often confuse book sense with common sense. So here are some common sense solutions to reduce high unemployment.

First, devote every available dollar to solving the housing crisis. Given the large budget deficit, there is a serious scarcity of resources left to do anything. So if we are going to spend any additional dollars, direct every available penny towards resolving the housing crisis. Why— because since the recession ended, 30% of all workers still unemployed are in construction, principally residential construction. If the housing industry gets healthy again, this large segment of unemployed workers would be cleared away.

Second, it is not conceivable that the economy can generate enough jobs if the housing problem is not solved. Today, the deficit in housing expenditures is causing us to miss out on at least 10% of the total fixed investment we would normally have. Consider this, in 2006 just prior to the recession, residential investment accounted for 33% of all fixed investments in the economy. Today, it accounts for only 19%. Even if we go back to 2001, before the housing bubble began, it accounted for 31%.  If you increase housing investment today, you will create jobs in the economy—not just in construction but also in retail (Home Depot, Lowes, furniture, appliances, TVs, lawn service, etc.) and in other industries that are linked to housing and residential construction. In addition, consumers would be wealthier (because they would have more home equity) and would likely spend more money.

Third, a big part of the housing problem is caused by federal regulators over reacting. That is, they did not exercise proper oversight over housing finance during the housing bubble. Now they have gone too far. Today, it is almost impossible to get a mortgage or refinance a house unless you have a near-perfect credit score and lots of money to put down. This is counterproductive! I challenge each reader to name five individuals who have bought a house or refinanced one in the last two years.  You probably cannot do it—which means there is something seriously wrong with this picture. Furthermore, fixing the problem does not require the government to spend money, just institute more reasonable lending regulatory guidelines.

Fourth, the Federal Reserve has kept short-term interest rates (meaning three-month treasury notes) at near 0% and 10 year interest rates at close to 2%. Their objective is to make money cheap so that consumers can borrow and spend, small businesses can get financing, and corporations can borrow and invest. Not happening! In reality, tight lending regulations and messed up credit records (a legacy of the Great Recession) have kept individuals and small businesses from borrowing.  However, large corporations have been experiencing a bonanza when it comes to borrowing. Along with the record profits, they have recently earned, they have borrowed so much money that they now have over $2.0 trillion in cash balances—about 25% more than they would have in normal circumstances.  A simple straight-line estimate suggests that if businesses were not hoarding  cash, they would invest $500 billion more.  That amount of investment would be quite a private sector stimulus to the economy!  But corporations are afraid of the future; which is understandable. However, if they invested that money, thousands of small businesses which supply products and services to corporations would be much healthier and would therefore hire more workers.

So what should be done? Simple! The Federal Reserve should stop making cheap money available to corporations who simply hoard it. Question: would a mortgage company make a loan to you if you did not buy a house with it? Would a bank make an educational loan to you if you did not use it to pay for your kid’s education? So why do we make money available to corporations that have no intention of investing it?

There are several other suggestions. But for now, they will have to wait. In the future, I will address black unemployment –one of the most important issues that must be addressed if we are to reduce the high rate of joblessness. If you ask why resolving this crisis is important, consider the following:  blacks make up about 12% of the labor force, but surprisingly, they constitute 22% of all unemployed workers. That’s a staggering disparity. By any measure of importance, addressing that issue must be placed on par with solving the housing crisis.